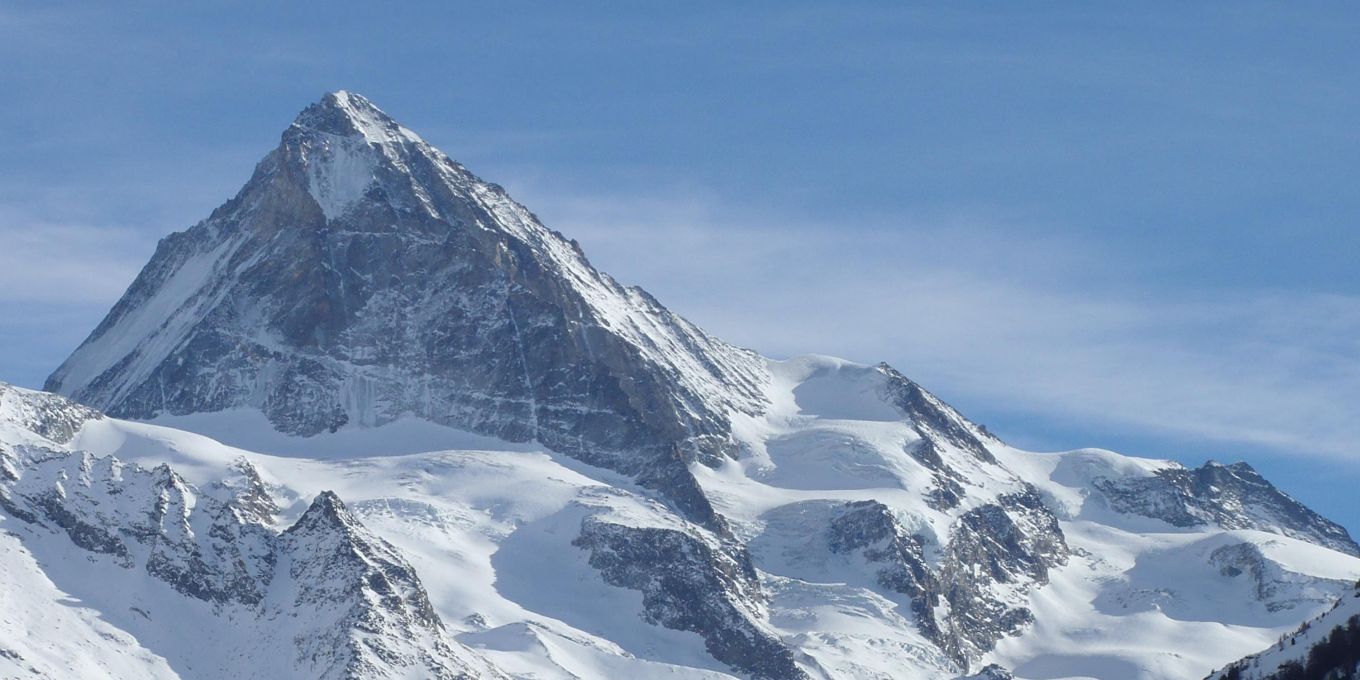 This is perhaps one of the most demanding weeks of alpine mountaineering, pulling together all your previous experience and challenging you on these magnificent more technical 4000m peaks. 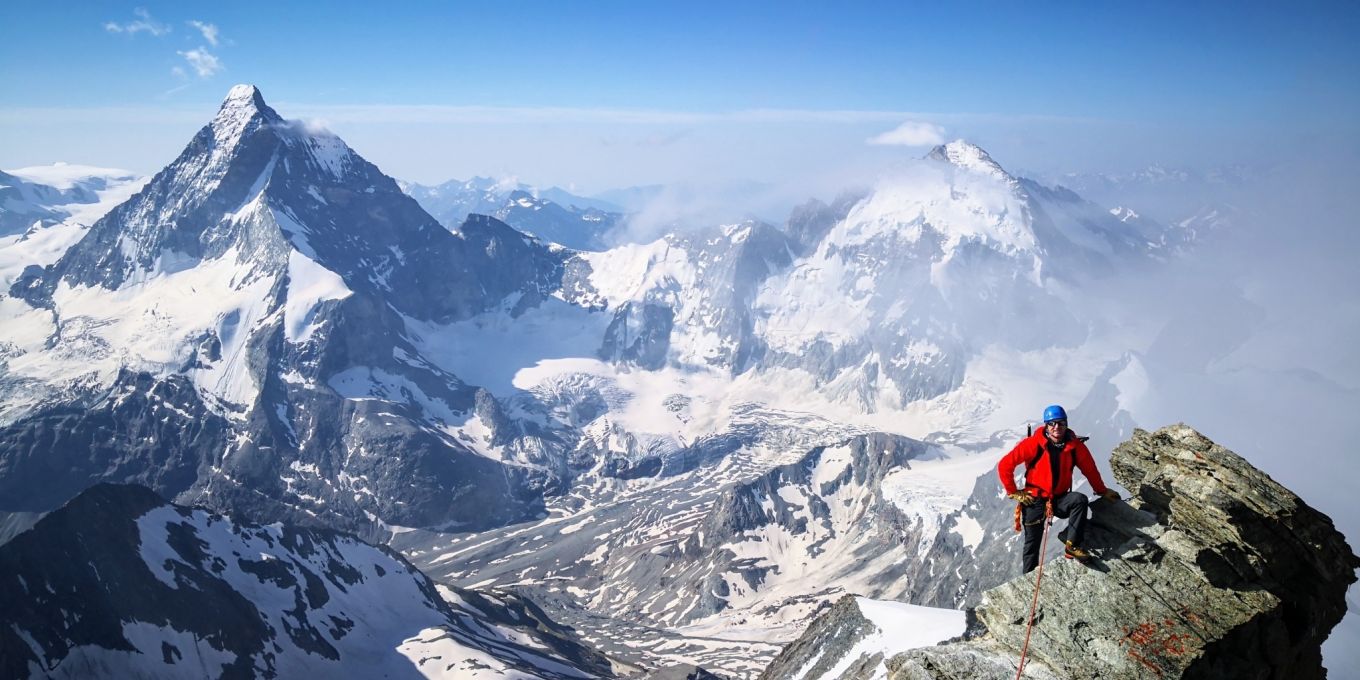 Total flexibility to maximise conditions on your week

A challenging and adventurous week in the high mountains 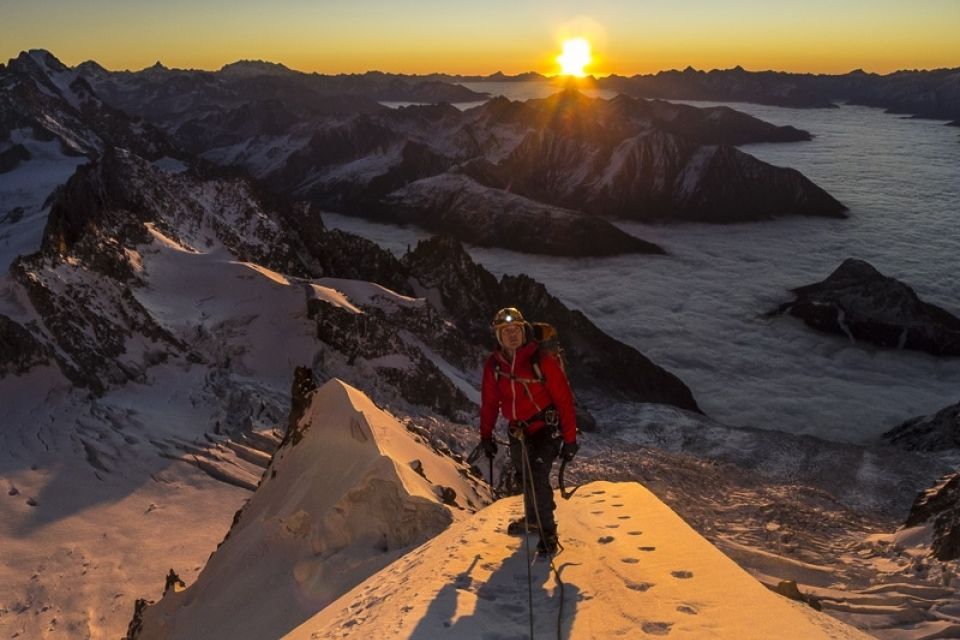 Atop a technical 4000er ascent

Is The Course For Me?

This course is a perfect progression from our Classic AlpinISM - Level 2 instructional course and gives you the oportunity to build on your experience, practising many of the skills you have learned during that course. You will also climb a number of the more 'technical' 4000m peaks in the Alps. It is also perfect if you would like a stand-alone 'guided' more adventurous and technical week of climbing in the Alps, and to summit some 4000ers that you haven't climbed previously. 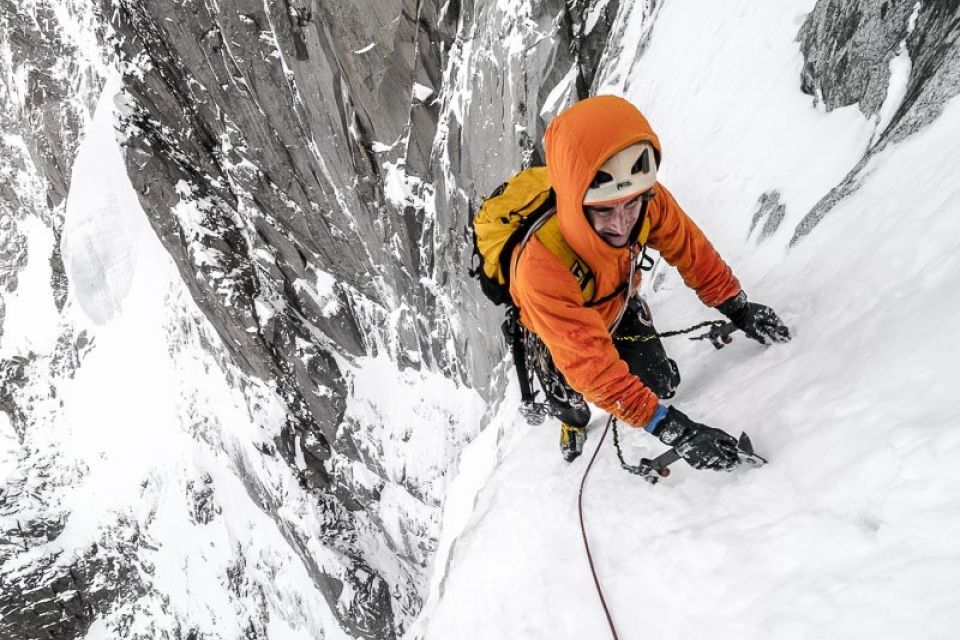 Is This Course For Me?

There are 82 alpine summits above 4000m, and for many mountaineers climbing all the summits is a strong motivation for their trip to the Alps every summer. ISM has split these summits into two categories both 'Swiss 4000ers' (grade PD/PD+) and also 'Technical 4000ers' (grade PD+/AD+) Both these courses are run on a 2:1 ratio giving you the most options of peaks to climb and also adapting to the changing conditions in the Alps, where higher ratios restrict what summits you can and can't climb throughout a summer season.

Peaks that can be climbed on this course

* Please note that this course normally runs without taking mechanical uplift and is priced accordingly. If uplift is taken (with agreement of course participants) it is charged as an extra.

There are many combinations when planning a week around climbing the Technical 4000ers and we do our best to deliver the week at the right level of ability for the course participants, taking into account what people have done before, the weather and conditions.

The course starts with a briefing at 6.45pm at the Tour D'Ai hotel in Leysin. This is a chance for you to meet your team mates and Guide and go through the details of the course. There will also be time for you to sort out any equipment you need and for you to ask questions. Dinner will follow the briefing.

Sunday
After breakfast, we head down the valley to Aigle and on to Martgney where we'll spend part of the day refreshing some rock climbing techniques and alpine ropework. From here we'll continue up the Rhône valley towards Zermatt and the small village of Tasch. From Tasch we head up a very steep winding road, where we park and make the short walk into the Tasch Hut where we'll spend the night, below the long west ridge of Alphubel.

Monday
An early alpine start finds the team ascending the lower reaches of the west ridge to where it steepens and forms the Rotgrat below the 4206m summit of Alphubel. The Rotgrat has become an established classic, being long and sustained with the climbing on mostly very good quality alpine rock. After a long and committing technical ascent, it's nice to have a very easy and straightforward short descent down glacial terrain to the Alphubeljoch and onto the dry Alphubel Glacier and then walking paths back to the Tasch Hut. If time allows we'll continue to descend the short path back to the car and have a night down in Tasch.

After a relaxed breakfast we'll leave Tasch and head up into the iconic village of Zermatt. Once in Zermatt we take the relatively long hiking trail steeply out of the valley, until we arrive at Trift 2337m below the Gabelhorn Glacier and the from here, we continue up more easily to the Rothorn hut where we'll spend the night. The hike from Zermat normally takes around 4-5 hours walking.

An alpine start focuses on the south east ridge (via the Gabel) of the Zinal Rothorn. It's a great classic route up the south east ridge and you will climb a couloir to a notch on the south west ridge known as the Gabel, finishing by the upper part of the ridge via the infamous 'Biner Slab'. Fantastic views can be seen from this central 4000m summit looking across the whole of the Alps and back to the Dent Blanche. The descent is back down the route in reverse, arriving at the Rothorn Hut later that day. There are two options from here - if there is still plenty of time left in the day, you'll continue down to Zermatt and back to stay in Tasch the night, or you'll spend a second night in the Rothorn Hut.

Thursday
Today we will make our way around to Saas Grund and use the Hohsaas lift to access the upper reaches of the peaks in this area. It's an easier day but one to reflect on the past week and rest a little before the final day's climbing. You'll stay in either the Weismiess or the Hohsaas hut.

Friday
On your last day, you'll have a number of great options to consider - whether that's climbing the Jagigrat on the Jagihorn, which is a superb technical rock ridge, or climbing the Fletschorn which is only 7m off being short of a 4000m peak! Both are accessed from the Weissmies hut. Alternatively, we have the higher peaks of the Lagginhorn (4010m,) or climbing the long and classic south ridge or the Weissmies (4017m) via the similarly classic north ridge. Both are accessed from the Lagginjoch and the Hohsaas hut. After a great day climbing, we'll start to make our way back to Leysin where you'll spend the last night at the Tour D'Ai.

Saturday morning
Breakfast at the hotel is included before departure.

Max has been rock climbing, mountaineering and skiing for over forty years. He has climbed in New Zealand, Yosemite, Morocco, Norway and extensively throughout the European alps and within the U.K. 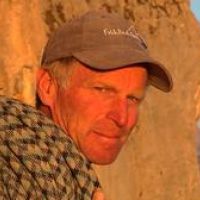 ​Perhaps the most experienced British guide working in the Alps, Steve has lived in Switzerland for more than 30yrs. He is a member of the Swiss Guides association as well as the British Mountain Guides. 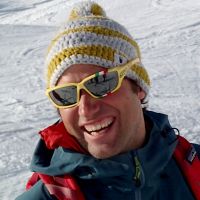 Christian was born in Sweden and had his first skiing experience in Austria as a youngster. 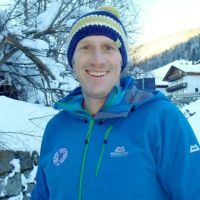 Originally from the flatland of Norfolk, Matt soon escaped to the highlands of Scotland, to cut his teeth on the Scottish winter climbing scene there. He then worked full time at Plas Y Brenin in North Wales… 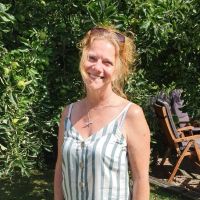 ​Sally runs our UK office, handling course bookings, administration, marketing and accounts. For most clients Sally is the first point of contact with ISM.

Learned loads and acclimatised well during the course. Its obviously been very carefully planned. Guiding and Instruction was excellent. Anders was fantastic throughout and made the whole course really good fun. A very professional instructor with a great sense of humour. Highly recommended.

Perfectly paced and tailored, great variety of skills learned. Guiding and Instruction? Thomas was fab! Everything was pitched at the right level (no pun intended), safety was always paramount and everyone had so much fun learning everything.

Thanks for organising an excellent week. The course format, accommodation and set up was perfect. The guide was outstanding and gave us a full week of constructive tuition. I was able to put his training into practice the following week when I met up with a friend and did the Cosmiques Arrete.