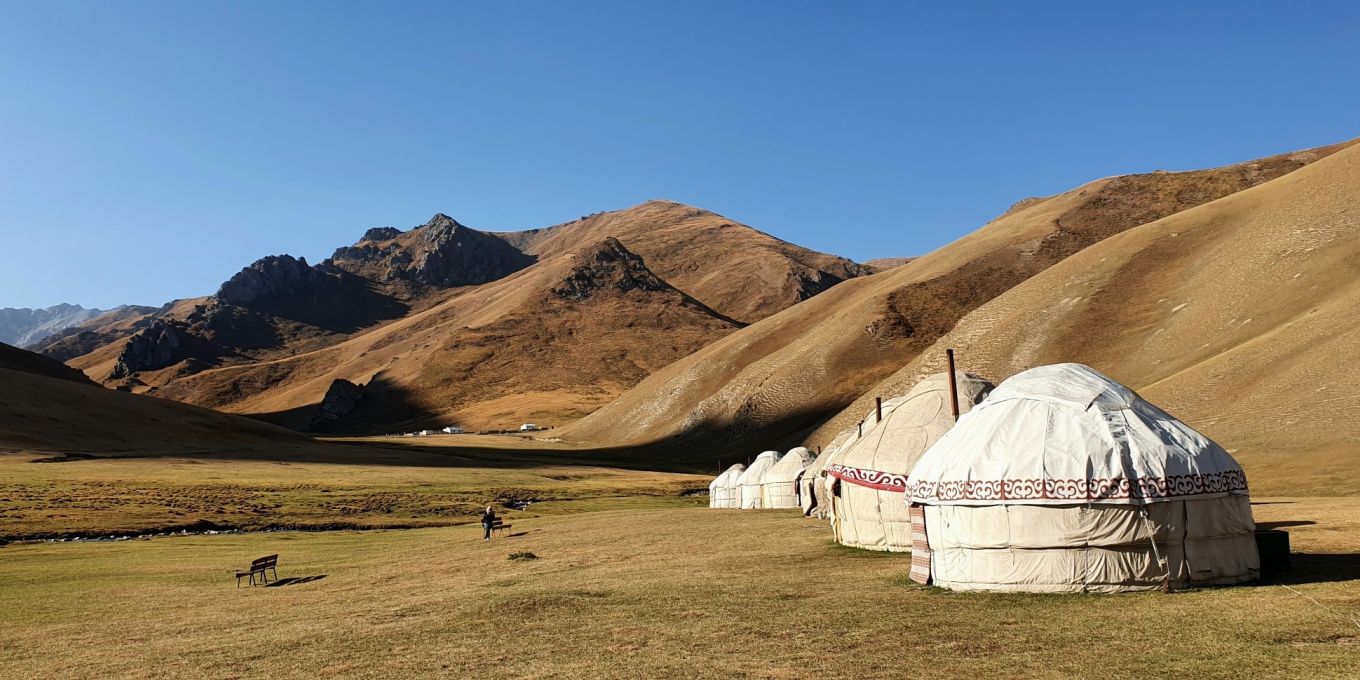 Only since the collapse of the Soviet Union have western mountaineers been permitted to visit the vast mountain ranges of Central Asia.

In 2022, ISM celebrated 25 years of leading adventurous expeditions into Kyrgyzstan. ISM is proud to have been part of the climbing and mountaineering history during this time. Our trips have always been a mixture of exploration, virgin summits, and all very much centred around the cultural and traditional Kyrgyz way of life. 2023 will be no exception, as we head into an unexplored part of the beautiful 'Borkoldoy Too' mountains, Central Tien Shan. 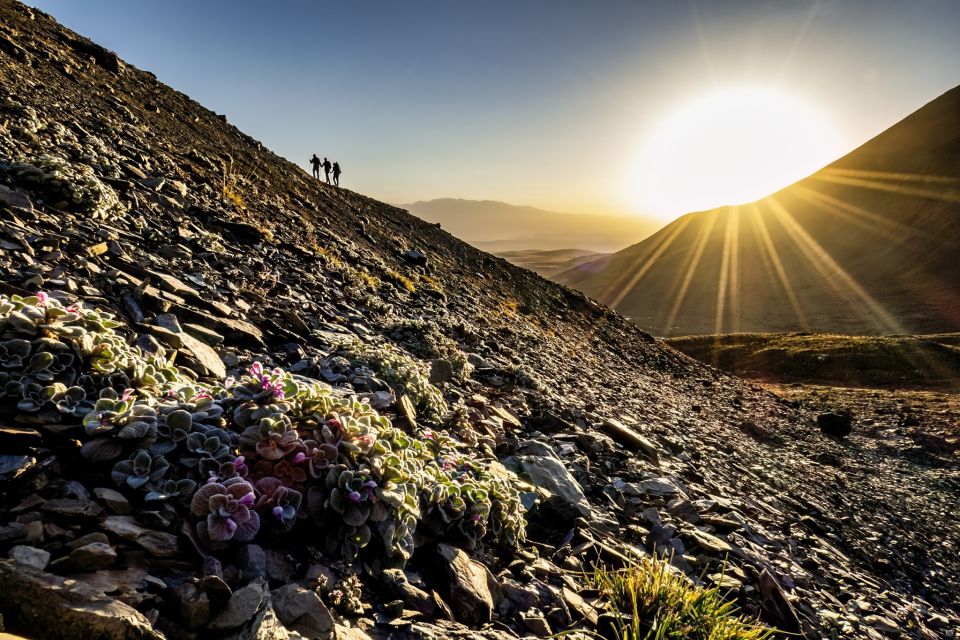 The 'Borkoldoy Too' is a horseshoe shaped range of peaks situated just to the north of the western 'Kokshaal Too' range in the Tien Shan mountains. The 'Kokshaal Too' mountains form the border between Kyrgyzstan and China boasting high peaks in this region such as Pik Dankova 5982m and Pik Koroleva 5816m

Still part of the 'Borkoldoy Too' but to the east is a small sub-section of high peaks that are unexplored, unclimbed and would be an exciting focus for our expedition. The highest unclimbed peak in this area is marked at 5000m, with others around 4900m which would all be central to our 2023 expedition. 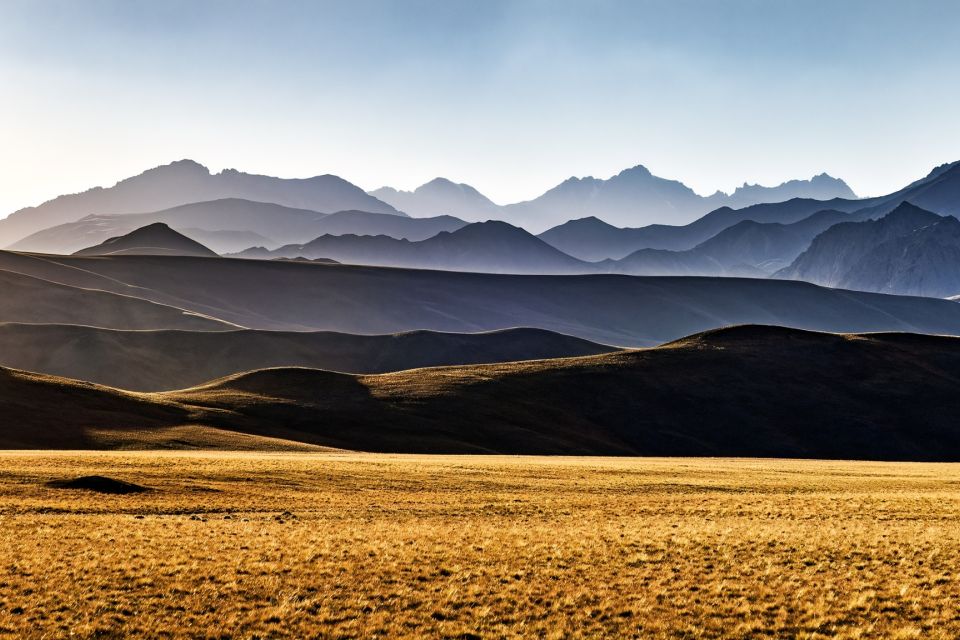 In 2003, 2004 and in 2005, ISM explored and climbed a number of the prominent unclimbed 4000m peaks, whilst also mapping out the main glacial system in the central Borkoldoy region, accessing the range from the south. We also explored and climbed more virgin peaks in a smaller area to the north, accessing the range from the north via Lake Issyk Kul.

On further research, other expeditions have accessed valleys to the south and south-east, although this sub-section of the range further east looks unexplored and unclimbed, making this a fantastic objective for our 2023 expedition. 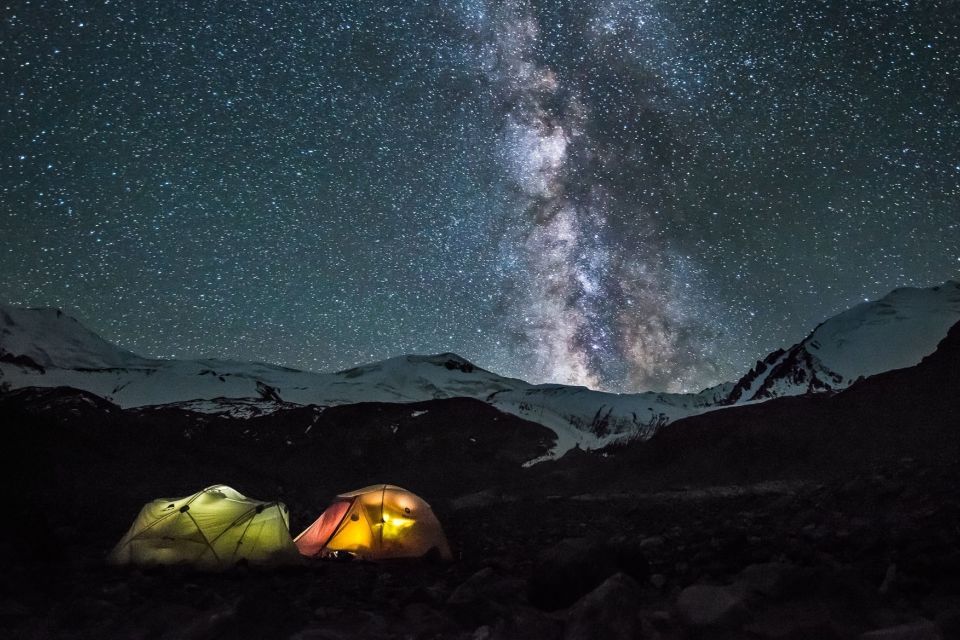 The rich history of Kyrgyzstan, the unspoilt mountain landscape, the virgin summits and unexplored valleys, the traditional nomadic people many of which still live off the land and in yurts, make this a very special place to go climbing and mountaineering.

ISM has been running expeditions and exploring the virgin summits of the Tien Shan for 25 years. But it's not just the climbing, but the culture and history of this beautiful landscape that captures your imagination. ISM is very proud and feels privileged to be part of Kyrgyzstan’s climbing history. 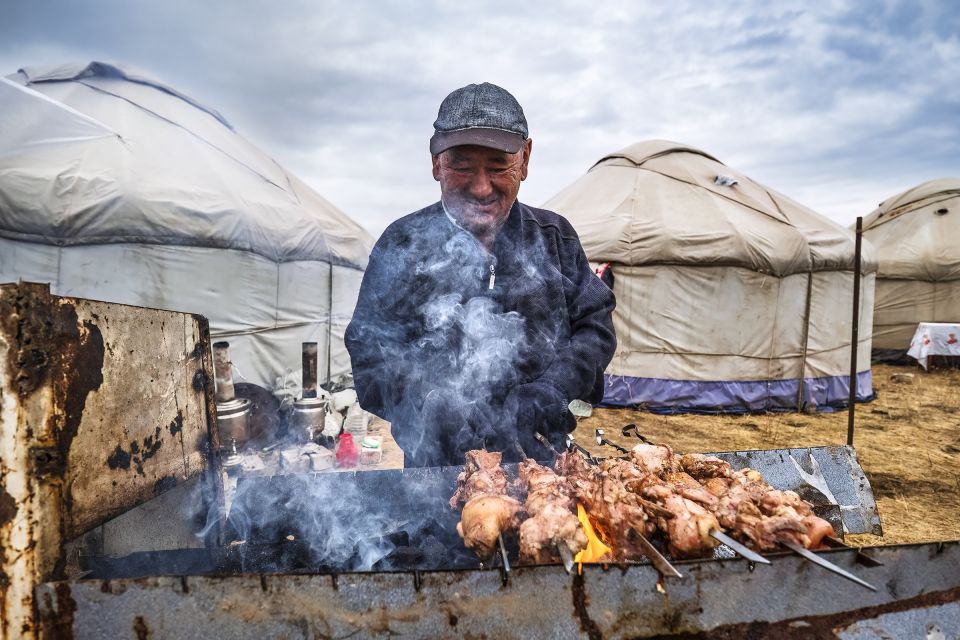 We fly into Bishkek, the capital of Kyrgyzstan. In 1991 Kyrgyzstan declared independence from Moscow and the city today still preserves its former Soviet feel with Soviet period buildings, gardens and statues overlooking more modern shops, cafes and restaurants.

Outside the city's central hub, it's the hustle and bustle of the one million people that live and work in the city from street sellers, markets, small roadside shops to horse auctions, that makes this city so colourful.

Bishkek is situated at an altitude of about 800 metres (2,600 ft) and just off the northern fringe of the Kyrgyz Ala-Too Range, which is an extension of the Tien Shan mountains. 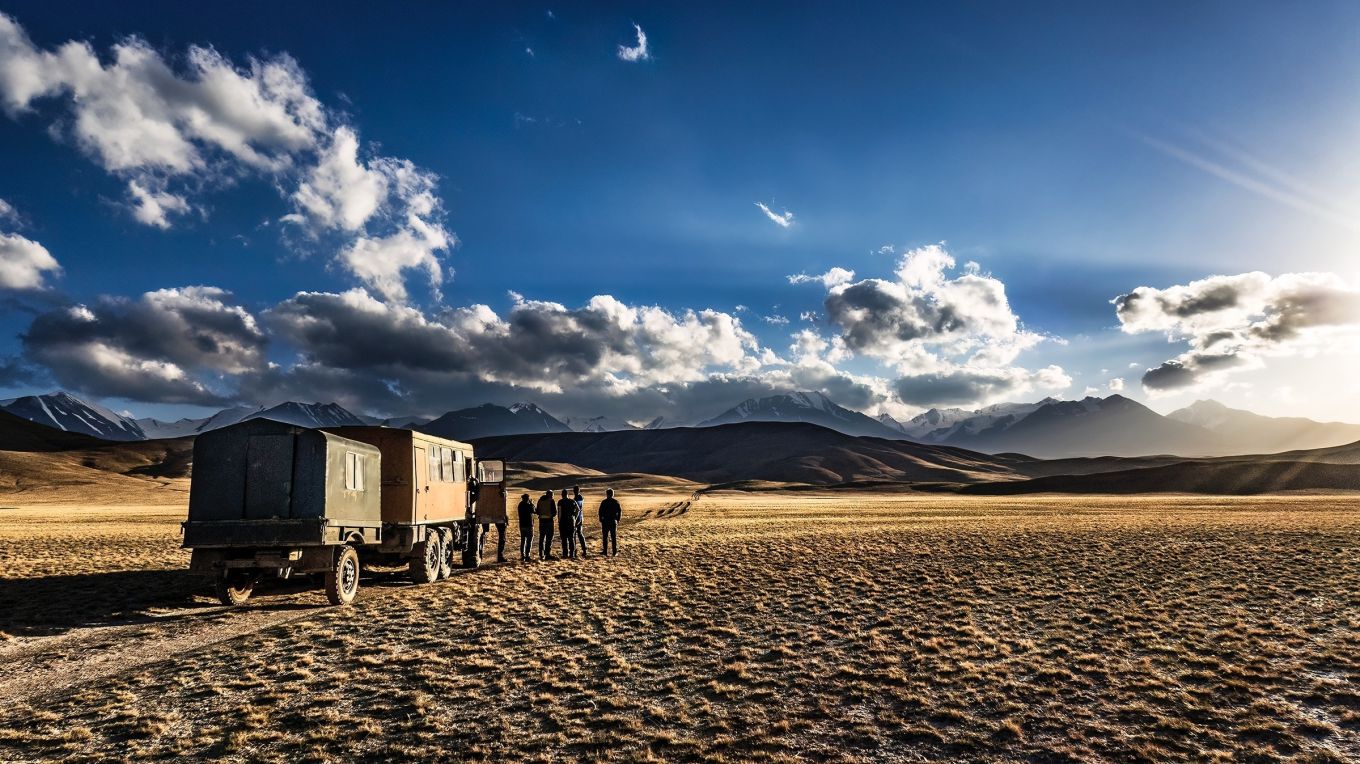 Leaving Bishkek you very quickly find yourself in the mountains. The houses become yurts and cars are exchanged for horses. The Kyrgyz people owe their survival to their nomadic lifestyle which has been key for over 2,500 years. Yurts acted as temporary homes as their livestock roamed the mountains in search of food and water. The nomadic people of Kyrgyzstan say ‘a man should move, because the sun, animals, fish – everything moves and only the land and dead creatures stay where they are’. We'll pass through Barskoon, picking up the last of our fresh provisions, before continuing our journey south along the Barskoon valley and through the 'Terskey Ala Too' mountains and on south to the Borkoldoy Too.

Barskoon is a small settlement on the southern shores of Lake Issyk Kul. It's prominent location made Barskoon an important trading post in the middle ages with the Silk Road passing through from China as the Great caravan of riches and silks would then head east to Persia and also south to India. There are ruins of an ancient Caravanserai in Barskoon giving you a glimpse of its ancient past. 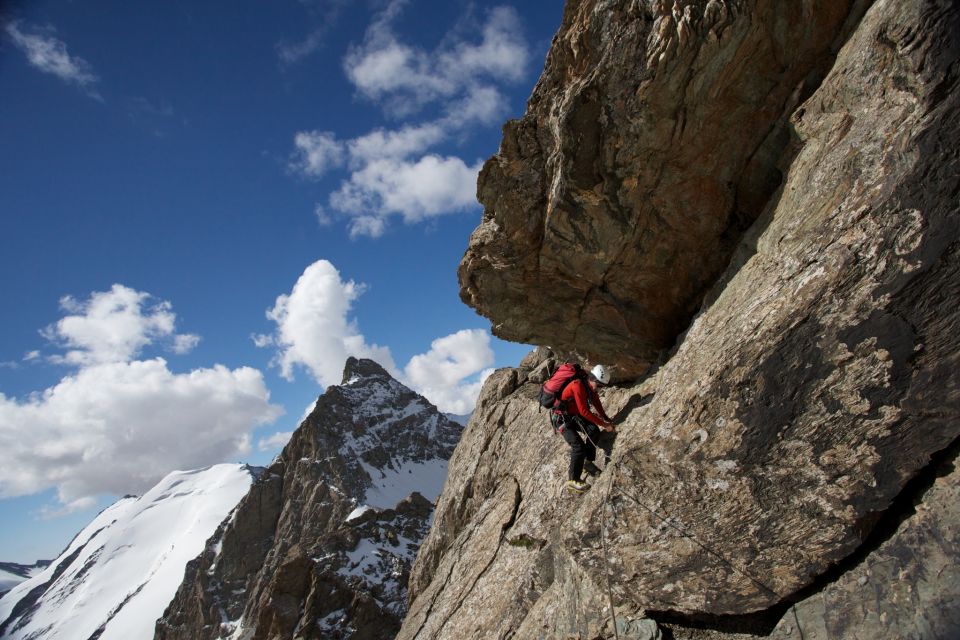 The Mountains of Kyrgyzstan

Two great mountain ranges embrace over 90% of this beautiful country - The Tien Shan Mountains, which stretch for 2,500km from east to west and the Tajik Pamir Mountains, which spill into southern Kyrgyzstan. Over 30% of the country is covered in permanent snow and ice.

The Tien Shan host peaks such as Khan Tengri (the Prince of Spirits) at 7,010m, and the highest peak Jengish Chokosu or Peak Pobeda at 7,439m. 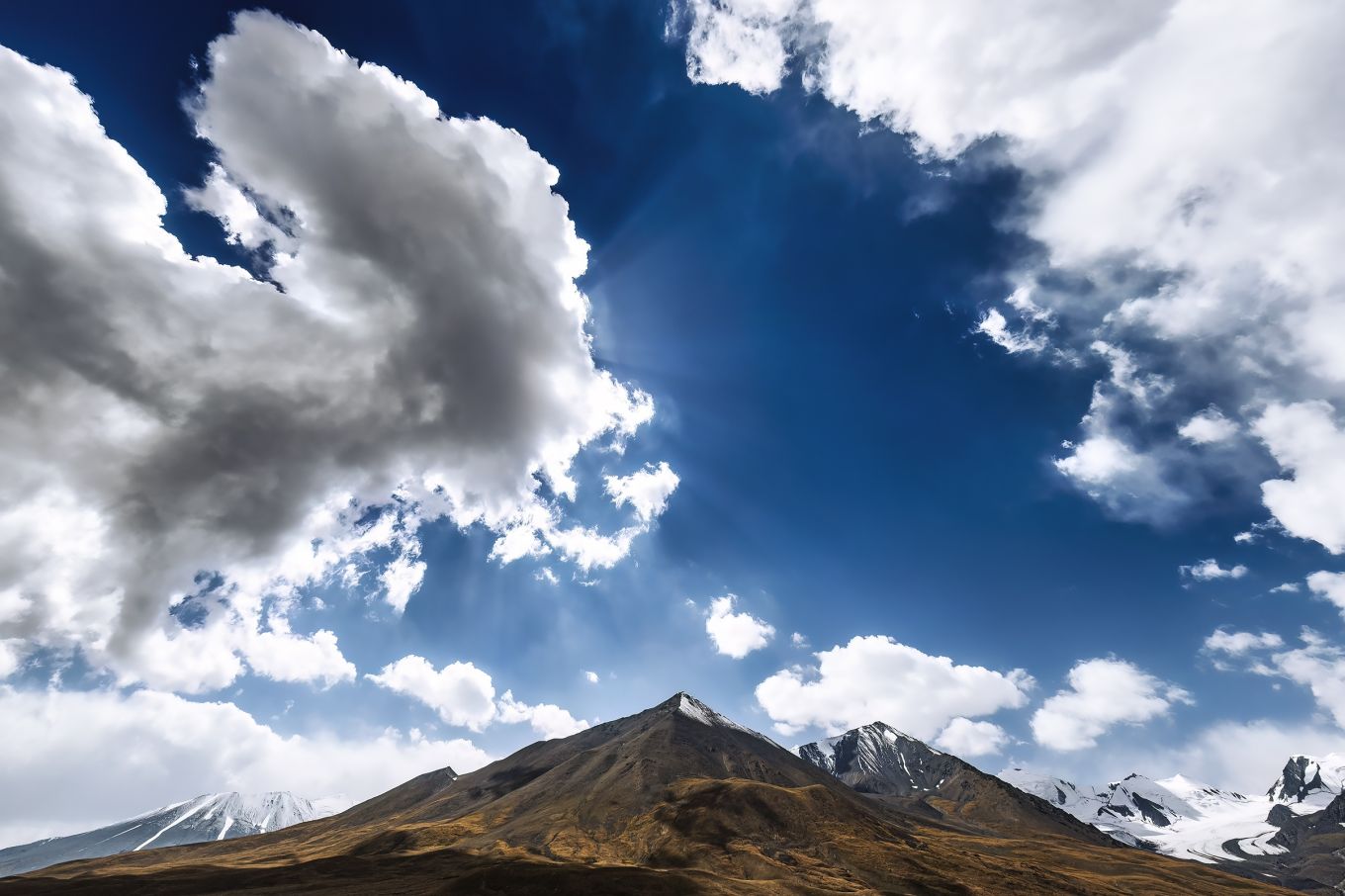 Once at BC, we'll continue our acclimatisation process by exploring the glaciers and climbing some lower peaks, as well as setting up an ABC from which to attempt the higher peaks in the area. From information gained from previous trips, carefully looking at old Soviet maps and Google Earth, it's clear that there's a great number of superb looking unclimbed objectives. There are two possible valleys and BC options that we'll assess once there, but both look like they lead into the heart of some great looking unclimbed mountains. The higher mountains look glaciated with a year round snow pack, with most of the summits above 4000m and so plenty to explore and plenty unclimbed!

We have porters to help assist us throughout the trip and to keep our high camps supplied, giving us maximum time and energy for the climbing. 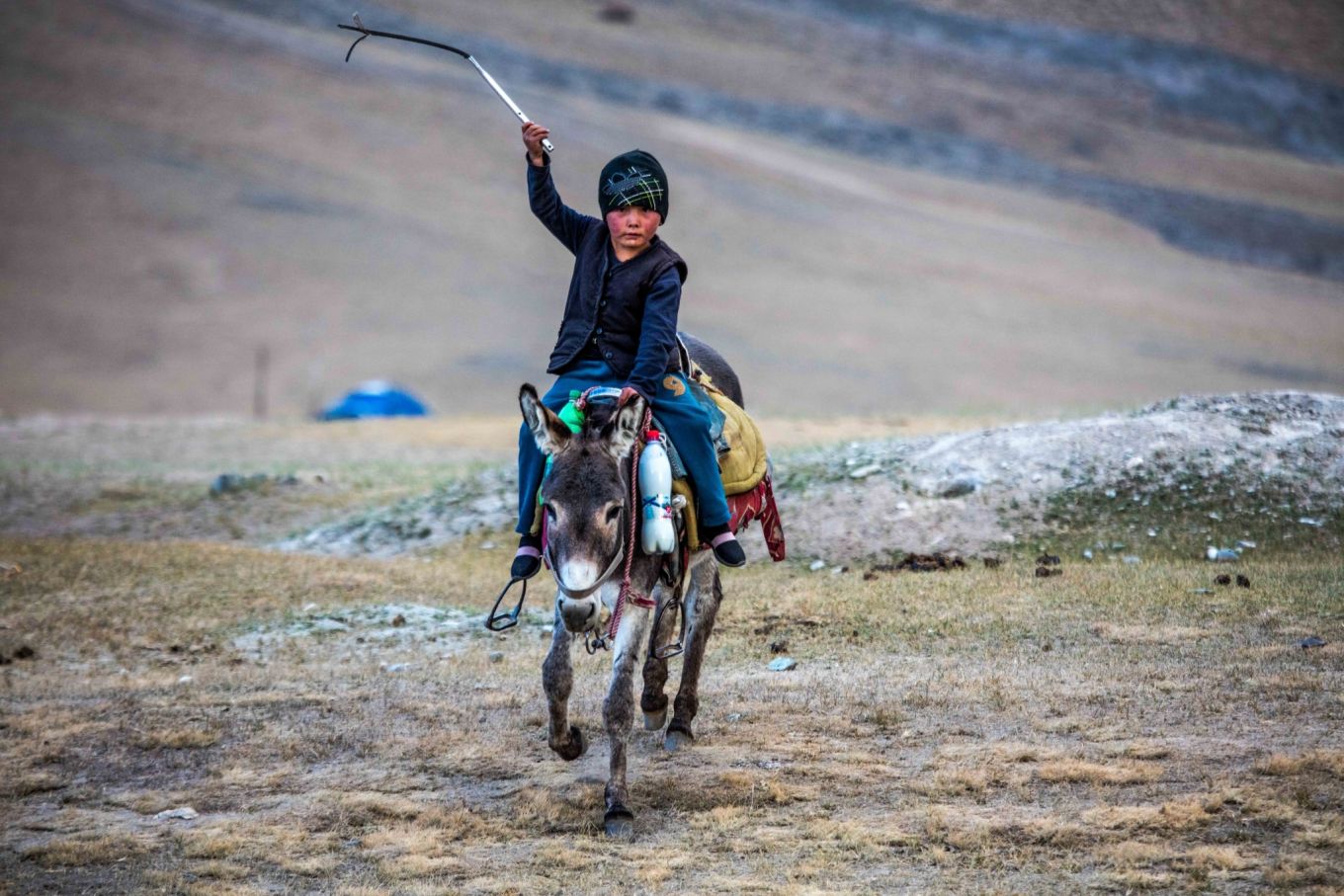 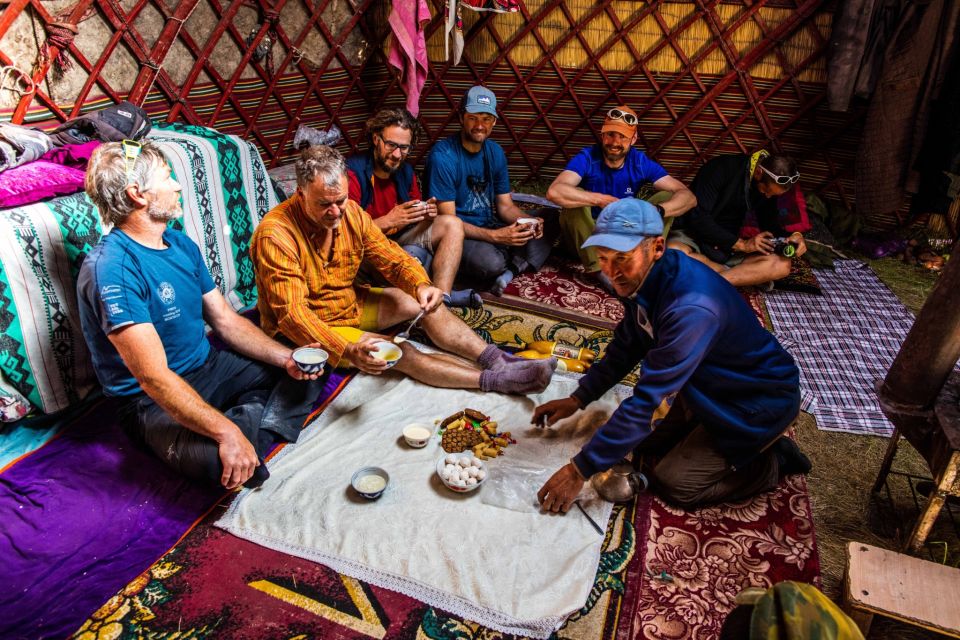 A feel for the location

This region is of a similar latitude to the southern Pyrenees, so the peaks feel much higher than those of a comparable altitude in the Himalaya or Andes (where the level of glaciation is up to 1000m higher). Their remoteness and untapped mountaineering potential gives the mountains of Kyrgyzstan a unique attraction. We try to ensure that the areas we visit have a variety of objectives, including many less technical peaks which can be climbed by those with more basic alpine skills and a good level of fitness.

As a note, we feel that an essential part of the expedition is to experience many of the cultural aspects of Kyrgyzstan that are so rich and colourful during our stay. Everyone will get the chance to stay in a yurt at least once during the trip. 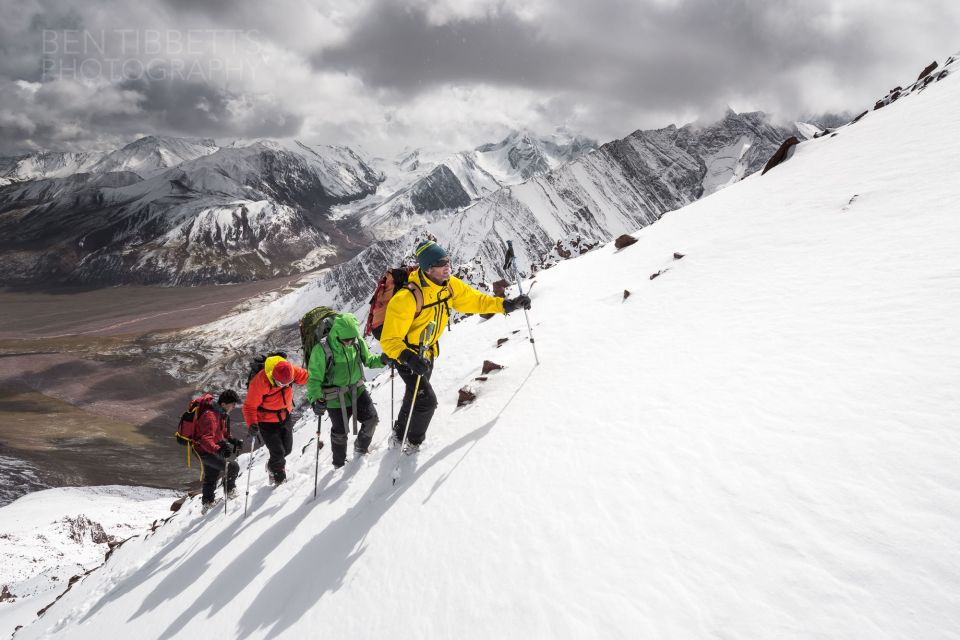 We will be using a 6WD off-road vehicle to reach Base Camp, towing a small trailer full of food and equipment, which after arriving in BC will double up as a kitchen. We have an excellent cook serving up fresh meals each day when in BC. Included are good quality BC and ABC tents for the whole expedition. ISM also supply all the stoves and cooking equipment when staying at ABC. We'll have a satellite phone for emergency use throughout the whole trip.

We operate on very low client to guide ratio's to maximise everyone's experience and enjoyment from the trip. All the guides are highly experienced IFMGA Mountain Guides with many seasons experience in expedition climbing specifically in Kyrgyzstan. 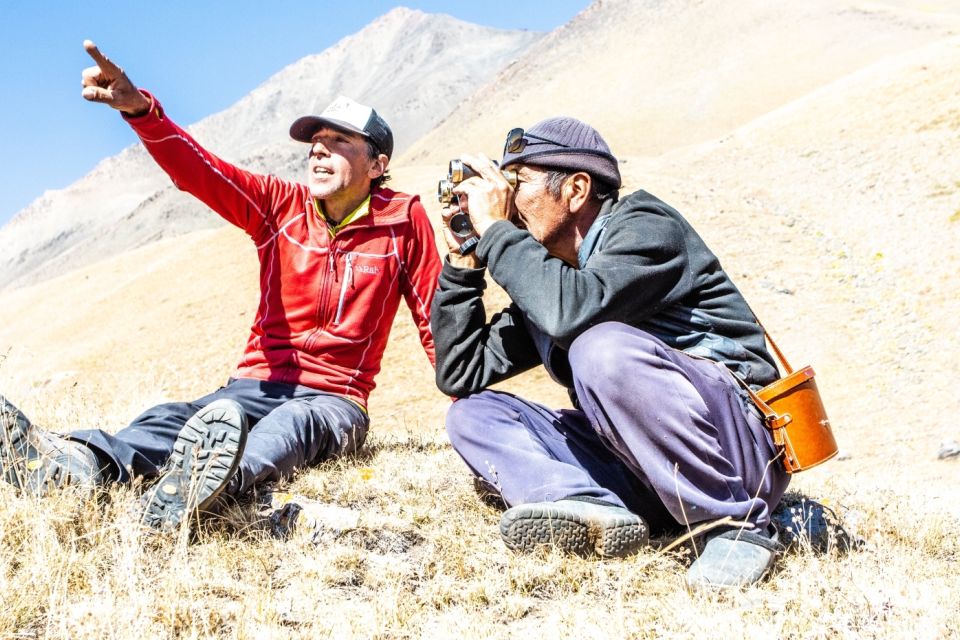 Kyrgyzstan as a safe destination

An important consideration for all our trips - it is a sad fact that today many of the world's finest mountain areas are conflict zones.

Within the Kyrgyz Republic there has always been an element of unrest in the Batken Region bordering Tajikistan which is in the deep south west, with disputes over borders.

Having said that, over the past 10 years we have run three expeditions to the Pamir, which have all been successful, having stayed well away from any direct border crossings.

Thankfully this unrest hasn't spilled out into the rest of this beautiful country and Kyrgyzstan still remains a safe, democratic country with tourism as one of its main industries. 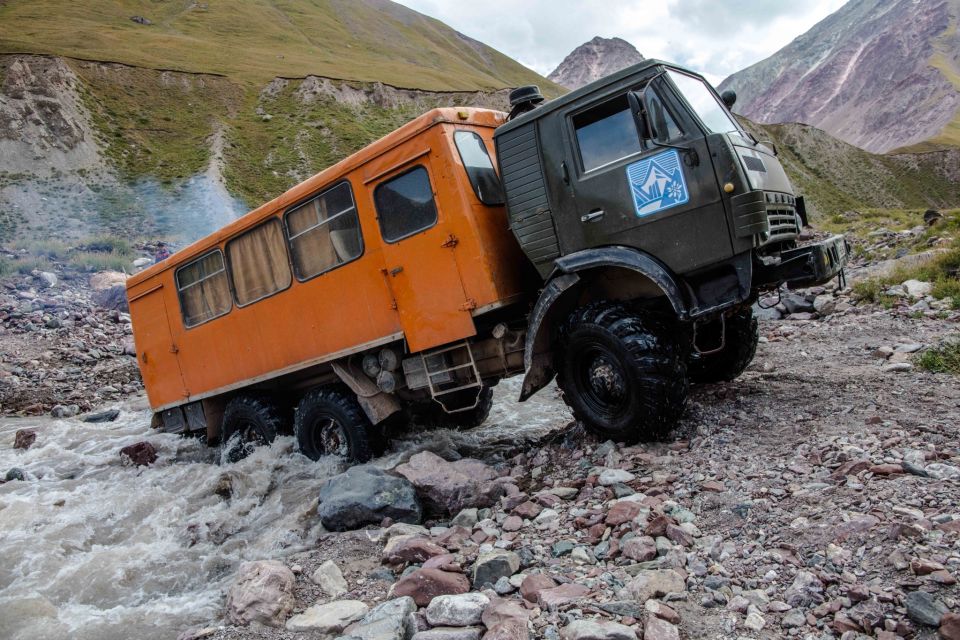 Everyone (ISM guides and clients) will fly from different locations from around the world to Bishkek, Kyrgyzstan. Those travelling from the UK and Europe will all try to link up in Istanbul, and as a bigger group then all fly (Turkish Airlines) on from there to Bishkek together. Arriving in Bishkek, ISM will organise a minibus transfer for everyone to the hotel. After some rest, there will be a chance to visit some markets and key historical city sights before then heading away into the mountains the following day. 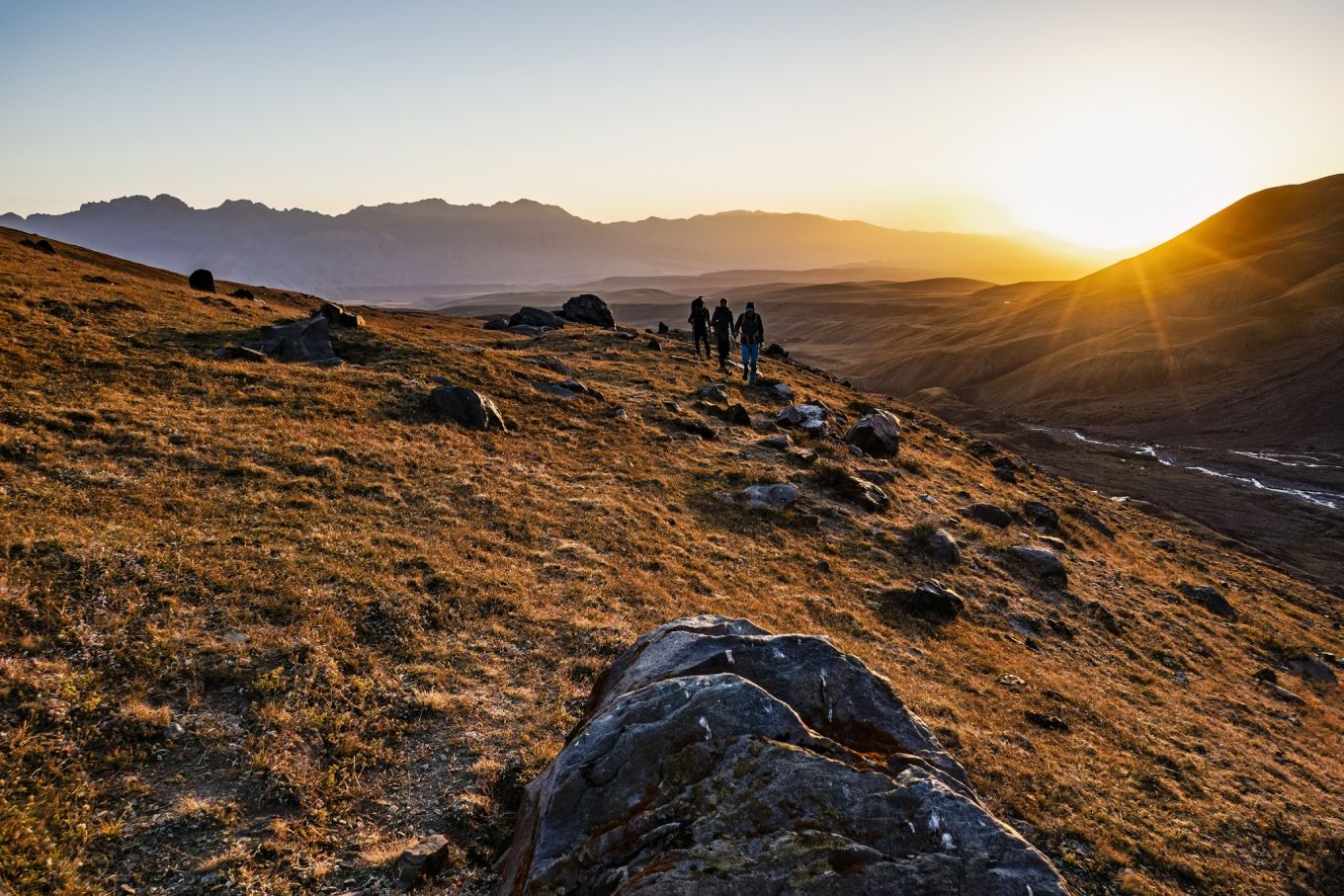 We climb in small teams, each with a guide, tackling peaks in lightweight, alpine-style (no fixed ropes - everyone climbs the ground for him/herself). We use porters help to set up and re-supply Advanced Base Camps, so that we are as fresh as possible for the climbing. Some peaks may be possible as day climbs from BC while the bigger peaks may require two- or three-day forays from Advanced Base Camps high in the mountains. 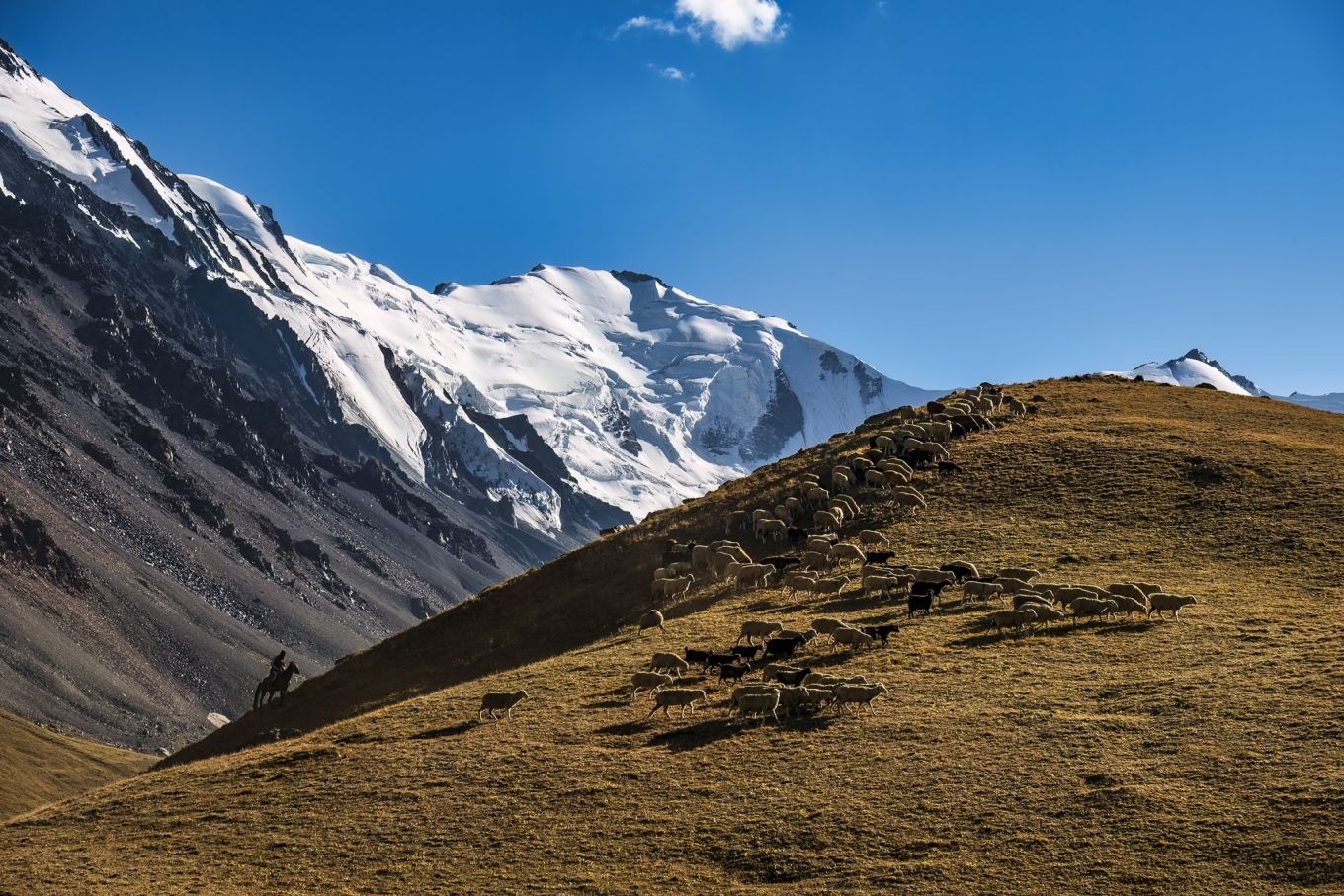 People wishing to join the expedition must have alpine climbing experience (either gained at ISM or elsewhere) and be conversant with the skills demanded by alpine climbing. As there is a great variety of objectives at different levels of difficulty in the area we plan to visit, the climbing grade of expedition members is less important than fitness/stamina, hardiness, enthusiasm, good humour and a strong taste for adventure. If you are keen to join the expedition but unsure whether your experience is adequate please call Adrian Nelhams (expedition leader) on +44 (0)1539 721561 (ISM office) or email adriannelhams@alpin-ism.com

Special thanks again to Jason Sheldrake and Marko Prezelj for all these great images.

See all reports and articles in our News area 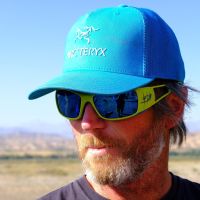 As a Director of ISM, Adrian splits his time between guiding, the ISM office, family and climbing for himself. During his 25 year commitment to the team, Adrian has played a key role in the development of ISM.

Short introduction to vital information. This is everything you need to know about attending this course, links to other pages

This was a fantastic trip. Paolo was excellent. The accommodation great. All helped along by wall to wall sunshine, stunning arctic scenery and some superb snow, so no problems as far as I'm concerned.

Thank you very much for an enjoyable and inspiring week in the Alps, and for your patience and good humour throughout. You have a completely satisfied customer and I hope to join another ISM course sometime in the future.

"I loved the course and Terry was great. I learned a lot and had a lot of fun and feel confident and secure in my technique".